8 reviews
Tax included. Shipping calculated at checkout.
Order in the next to get it between and hoursminutes

Fast shipping to USA,Canada and Australia! 7-12 days with Retail Box !

This exclusive Marvel Select Red Hulk stands 10” tall, Features 14 points of articulation, and is accompanied by a rubble-strewn display base. The Red Hulk is based upon the artwork of Ed McGuiness. Utilizing the Marvel Select Incredible Hulk mold, the Red Hulk Features a variant head sculpt. A mysterious agenda-motivated character, the Red Hulk is noteworthy in that he wields immense strength alongside undiminished faculties and a resourceful intellect. The Red Hulk severely pulverizes the Abomination before killing the latter with a customized S.H.I.E.L.D.-issue gun. He lays siege to Tony Stark’s S.H.I.E.L.D. Helicarrier, destroying the transport, and implements an elaborate computer virus to erase the files pertaining the Hulk. The Red Hulk battles against the monstrous blue-skinned A-Bomb before the main event in which the Red Hulk is confronted by the quintessential Green Hulk. As of the writing of this Description the alternate identity of the Red Hulk is unknown, although he possesses an awareness of Bruce Banner’s background material sufficient to sneer derisively at the She-Hulk’s attempt to reach him as well as the significance of the android harpy bearing the likeness of Betty Ross.

The Hulk is a fictional superhero appearing in publications by the American publisher Marvel Comics. Created by writer Stan Lee and artist Jack Kirby, the character first appeared in the debut issue of The IncredibleHulk(May 1962).
Red Hulk Action Figure 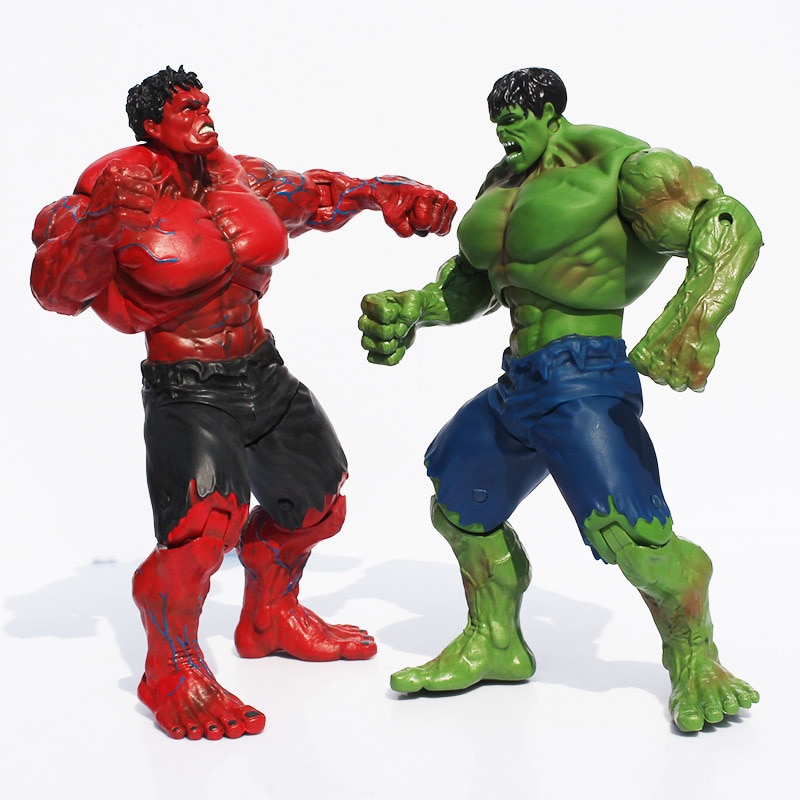 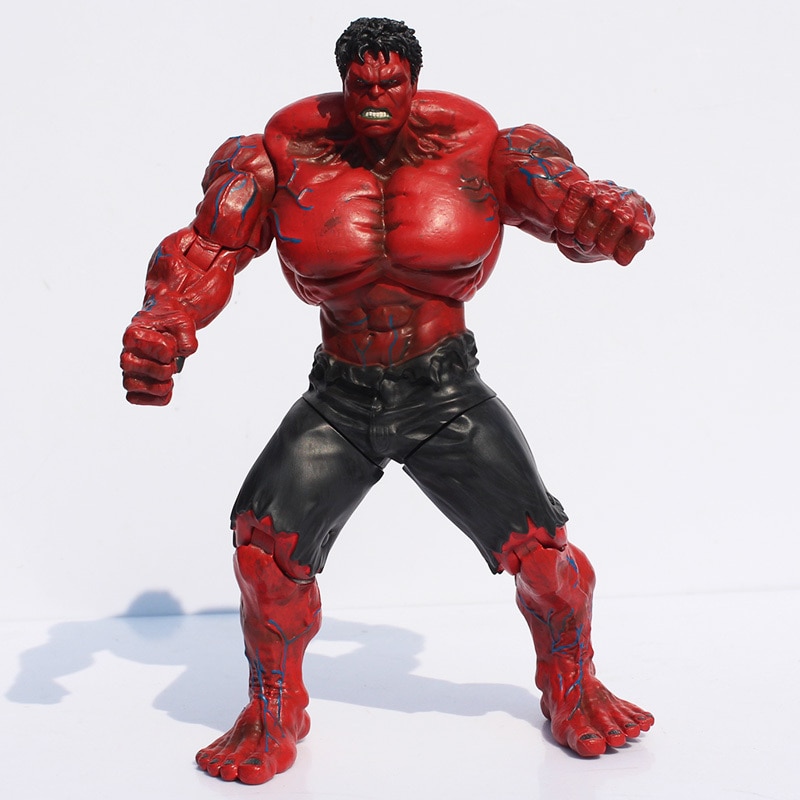 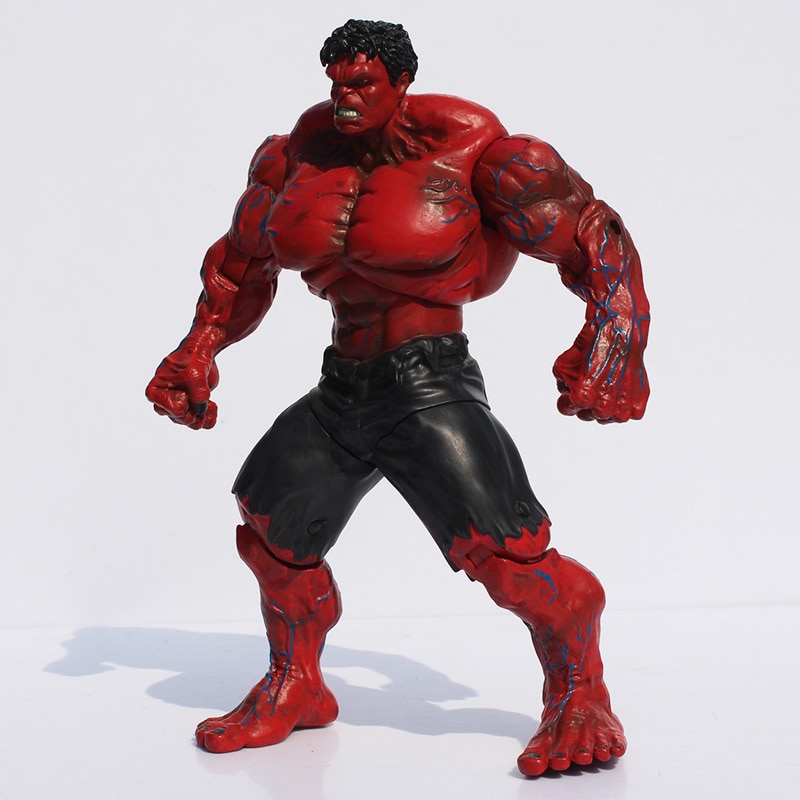 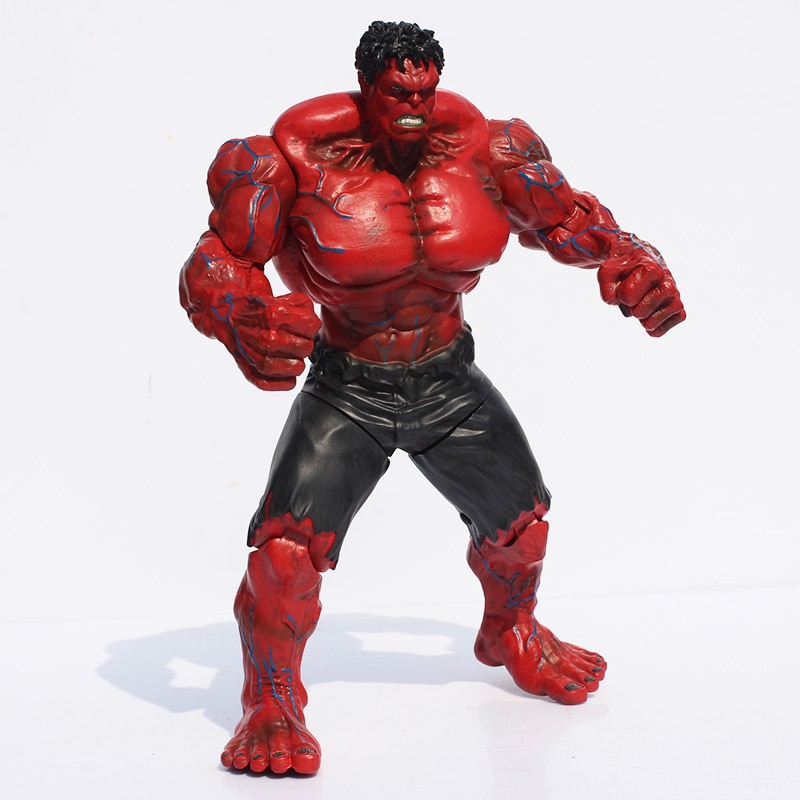 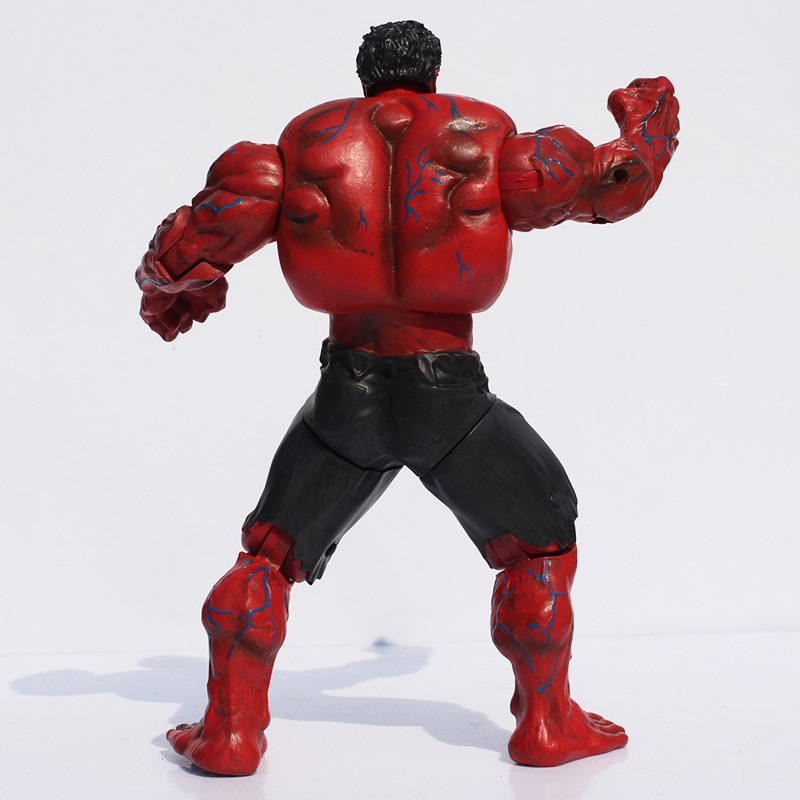