For new customers, Enter FIRSTBUY as discount code manually in the shopping cart to get 15% discount Bulk discounts apply automatically when you add more than one Quantity to Cart.   Fast Shipping to... Read more

For new customers, Enter FIRSTBUY as discount code manually in the shopping cart to get 15% discount

Kotobukiya’s awesome 1/10th scale DC Comics collection has brought you New 52 heroes and villains, Classic Costume retro-inspired figures, and more, and now it expands into a whole new world with one of the most popular incarnations of the Dark Knight ever, BATMAN ANIMATED! That’s right, Batman: The Animated Series is the inspiration behind this new statue, and it perfectly recreates the Caped Crusader in the iconic Bruce Timm animated style. Batman is captured in a wide stance, ready to spring into action against the superstitious, cowardly lot if bad guys who call Gotham City home. Bruce Wayne has never looked better with his chunky proportions and bold costume, primarily gray and black with a bright yellow utility belt, black and yellow bat-symbol, and a cool blue shadow effect on the inside of his cape. Of course, all of the familiar bat elements are included like the scalloped cutouts on his cape, pointy cowl, and the blades on his forearms. Best of all, Batman comes with multiple interchangeable parts so you can customize your display with three different sets of eyes (normal, squinting, and “weak”), three facial expressions (open mouth, scowl, and clenched teeth), andthree poses for the right hand (thumbs up, holding a batarang, or holding a grapnel gun)! Sculpted by Keita Misonou, Batman Animated stands just under 7 ½ inches tall (1/10th scale) on his included magnetic display base with perfect stability. He’s the perfect centerpiece for your Batman: The Animated Series collection and looks great alongside other Batman statues from Kotobukiya. 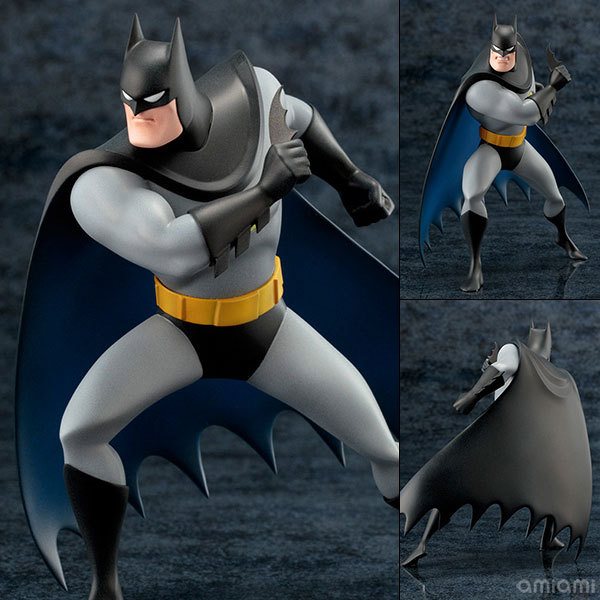 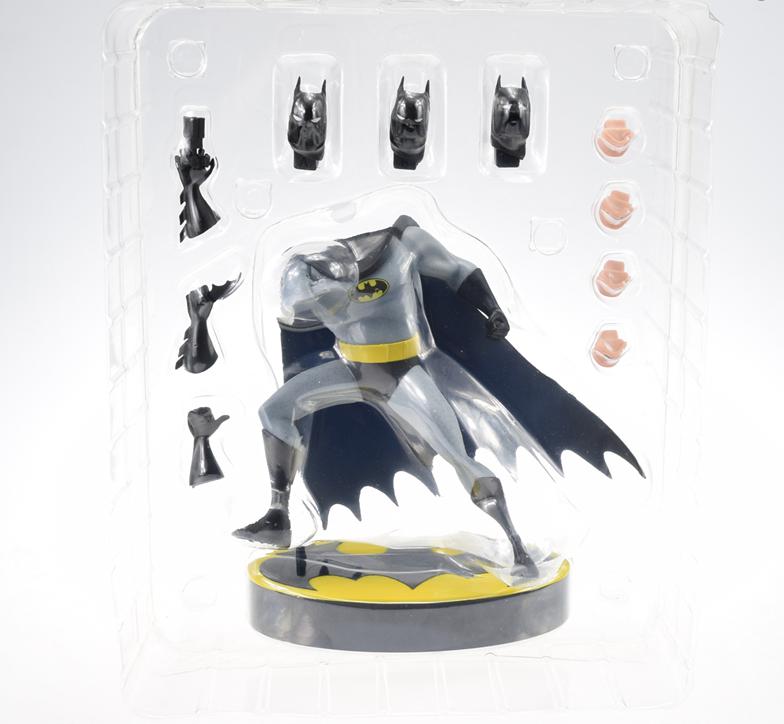 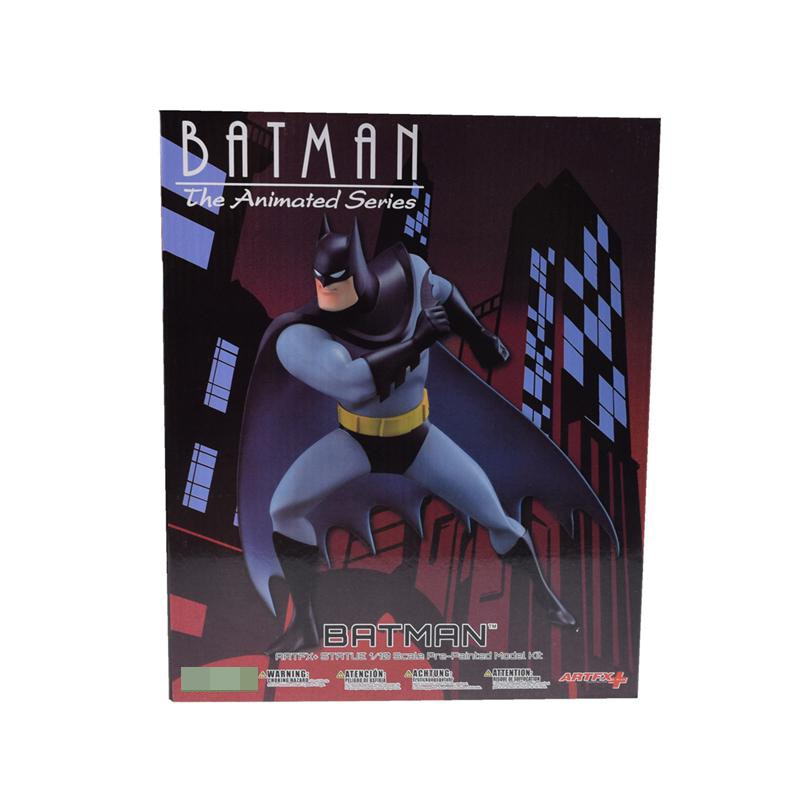 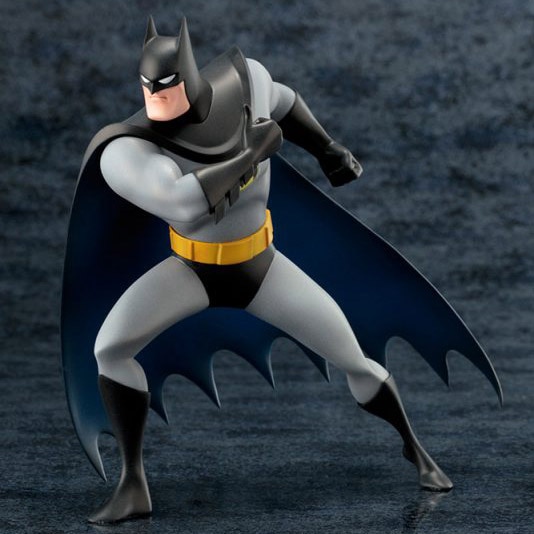 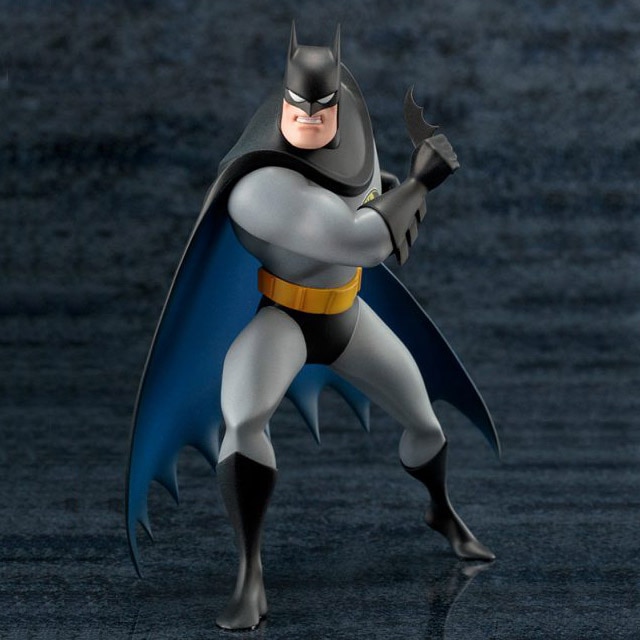 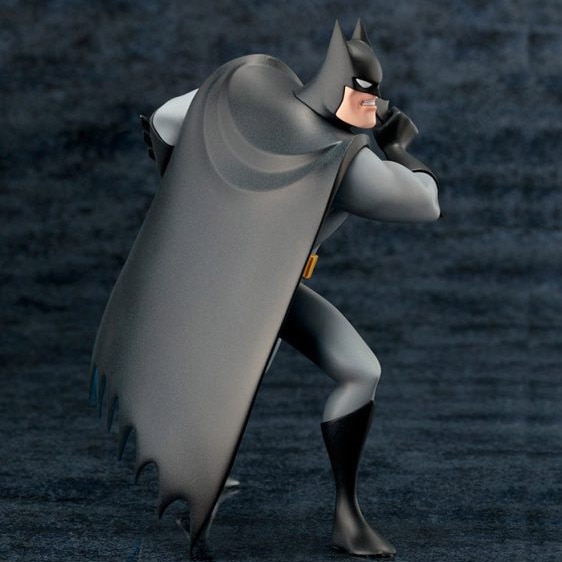 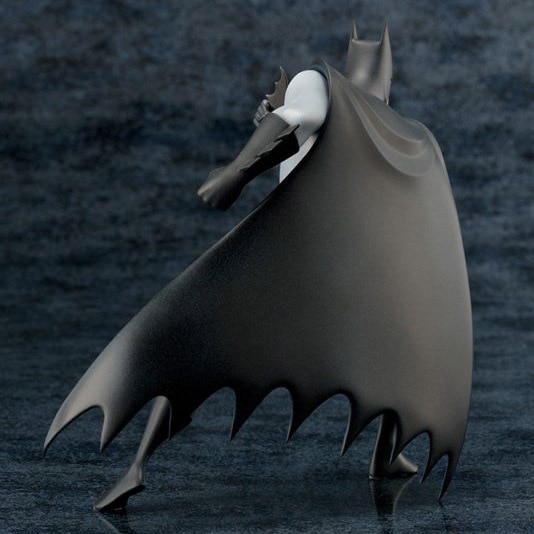 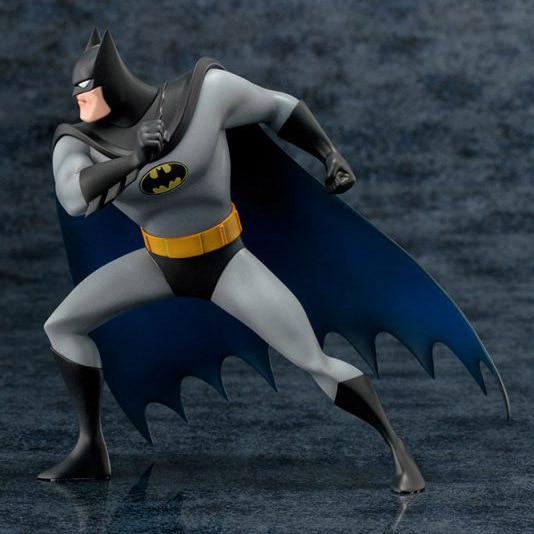 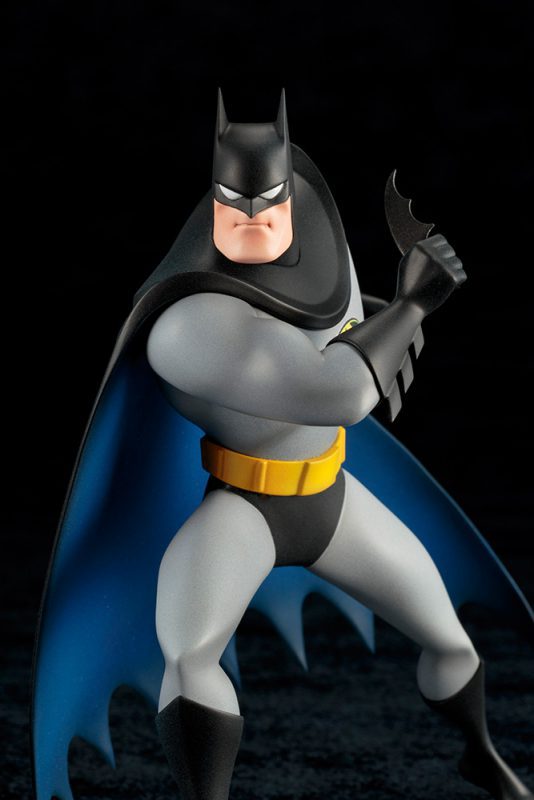 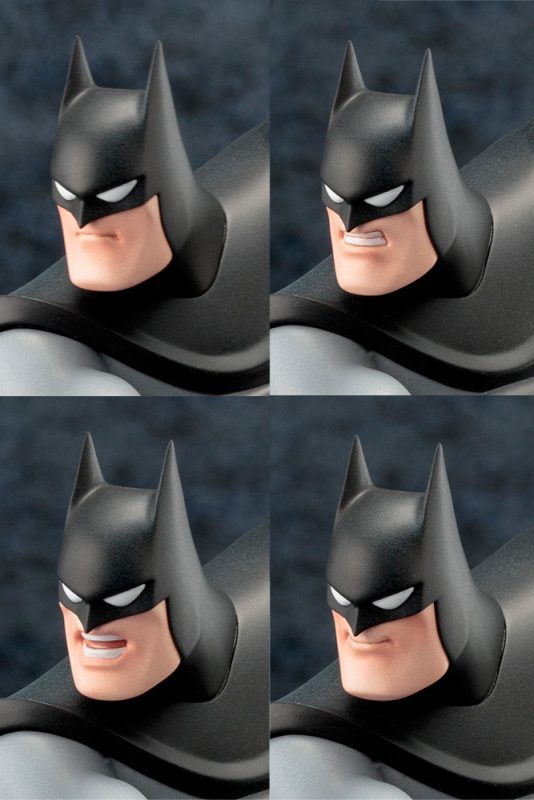 Boxes where super damage but good product. But need to be shipped better cause I know other people would complain if it showed up the way it did

I am only giving you 3 stars right now because I am still waiting on this item to arrive. Maybe you can tell me where it is right now.

We are pushing our level best the courier services in transit and also communicated you about status .
The product should be delivered soon else we shall refund money as well as per our policy and you need not return the product once received. 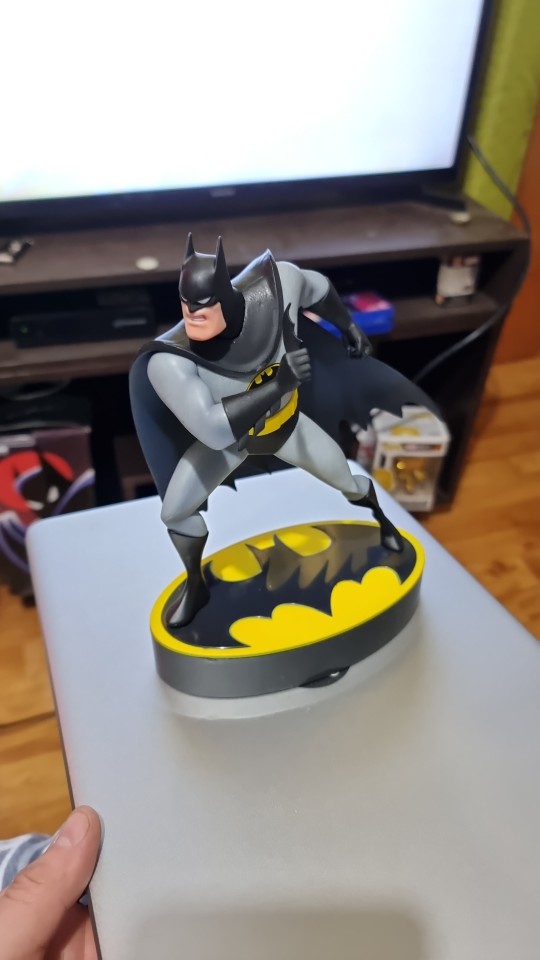 Could do a better job packaging the Item. The item arrives undamaged but the box was trashed. No point in ordering the box.